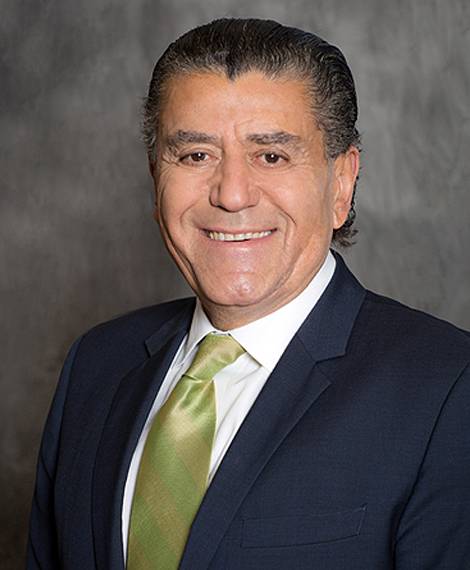 Haim Saban, a worldwide pioneer and leader in the entertainment industry, is the Chairman and Chief Executive Officer of Saban Capital Group LLC (“SCG”).

A native of Alexandria, Egypt, Mr. Saban immigrated to Israel at the age of 12 where he attended agricultural school and served in the Israeli Defense Force. While in Israel, he built the country’s premier tour promotion business.

In 1975, he relocated to France and established an independent record company that soon catapulted to the top of the European labels industry, selling more than 18 million records over a period of eight years.

Mr. Saban moved to Los Angeles in 1983, where he launched a chain of recording studios that rapidly became the top supplier of music for television.

Mr. Saban’s foray into television began in 1988, when he formed Saban Entertainment, an international television, production, distribution and merchandising company. The company produced several major hits, including The X-Men™ and numerous other shows and products developed around Marvel Comics characters. Perhaps most notably, under Mr. Saban’s guidance, the organization introduced to the U.S. the Mighty Morphin Power Rangers™ — a global phenomenon that to this day is one of the top selling boys’ toy brands in the United States.

In 1997, the Saban-Fox partnership acquired the Fox Family Channel, a fully distributed cable network, reaching 81 million homes. This partnership was restructured under the Fox Family Worldwide banner, which included the Fox Family Channel, the Fox Kids Network, Saban Entertainment, and Fox Kids International Network, a publicly traded, European based company with cable and satellite networks reaching 53 countries in Europe and the Middle East. Together they offered an unparalleled breadth and diversity of programming (6,500 negatives) and an extraordinary global distribution platform reaching more than 250 million homes worldwide.

Mr. Saban (along with Mr. Murdoch) sold Fox Family Worldwide to The Walt Disney Company on October 24, 2001. The deal, spearheaded by Mr. Saban, was notable as the largest cash transaction conducted by a single individual in the history of Hollywood.

In 2005, SCG teamed with Apax Partners to acquire a controlling stake in Bezeq The Israel Telecommunication Corp., Ltd., as part of the government’s privatization of the company, which they subsequently sold five years later to Eurocom Group.

In 2007, SCG teamed with a group of investors to acquire Univision Communications Inc., the premier Spanish-language media company in the U.S., with the number one ranked Spanish-language television network.

In 2009, Mr. Saban formed Saban Real Estate to acquire and develop a ‘best-in-class’ portfolio of commercial real estate and capitalize on opportunistic investments in a wide range of geographies and real estate asset classes. The company currently owns and operates a portfolio of properties across the United States totaling over 10 million square feet.

A year later Mr. Saban formed Saban Brands to purchase and manage entertainment properties and consumer brands across media and consumer platforms globally. In 2018, Hasbro acquired the majority of the brands for over half a billion dollars.

SCG is also active worldwide in a number of other verticals including venture capital, film acquisition and distribution, and music recording, publishing and all-around music rights.

Mr. Saban’s passionate devotion to the philanthropic and political arenas reflects both his wide breadth of interests and his commitment to a strong relationship between the United States and Israel.

Mr. Saban and his wife Cheryl started the Saban Family Foundation in 1999, which supports medical, children’s and education programs, including the Children’s Hospital of Los Angeles, Soroka Children’s Hospital in Israel, the Saban Community Clinic, the Friends of the Israel Defense Forces, American Israel Education Foundation, the Academy Museum, and the United Friends of the Children.

To date, the Saban family have given approximately $500 million to charities around the world. The Saban family is on BusinessWeek’s list of the 50 most generous philanthropists in the US and were recognized as Philanthropists of the Year by The Hollywood Reporter in 2019.