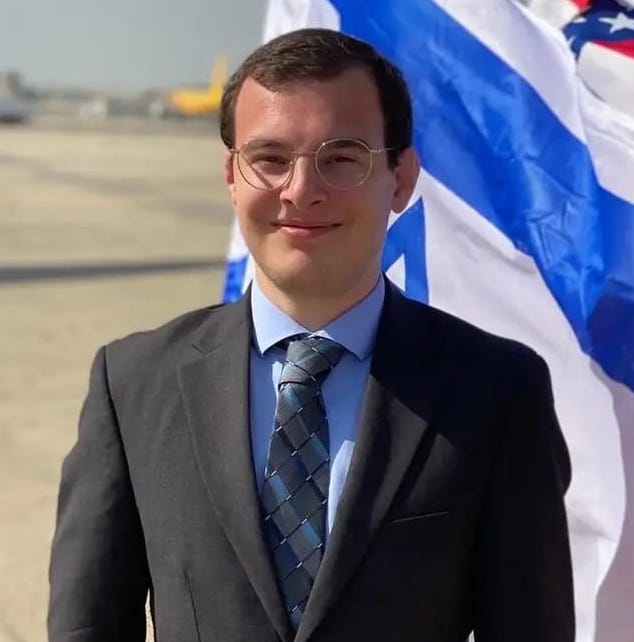 David Aaronson is Deputy Director for Israel at the Abraham Accords Peace Institute. He previously served as Senior Advisor to Israel’s Minister of Regional Cooperation, MK Ofir Akunis, during the signing of the Abraham Accords. In this role, David helped prioritize, implement and advance the Abraham Accords peace treaties. He arranged the first-ever municipal delegation from Israel to the UAE, organized the largest-ever ministerial delegation visit from Bahrain to Israel, worked to promote health cooperation between Israel and Morocco. After leaving office, David helped establish the Abraham Accords Caucus in the Knesset, one of the largest and most diverse caucuses in Israel’s history, co-chaired by MK Ofir Akunis and MK Ruth Wasserman Lande. This caucus, the first of its kind, was later replicated in the US Congress and in other parliaments around the world. Prior to his government service, David worked for former Israeli Ambassador Danny Ayalon, managing his academic course in Yeshiva University and overseeing the activities of his public diplomacy organization, The Truth About Israel. Born and raised in New York, David holds a degree in Political Science from Yeshiva University. He currently lives in Givat Shmuel, Israel.

See what David Aaronson is saying