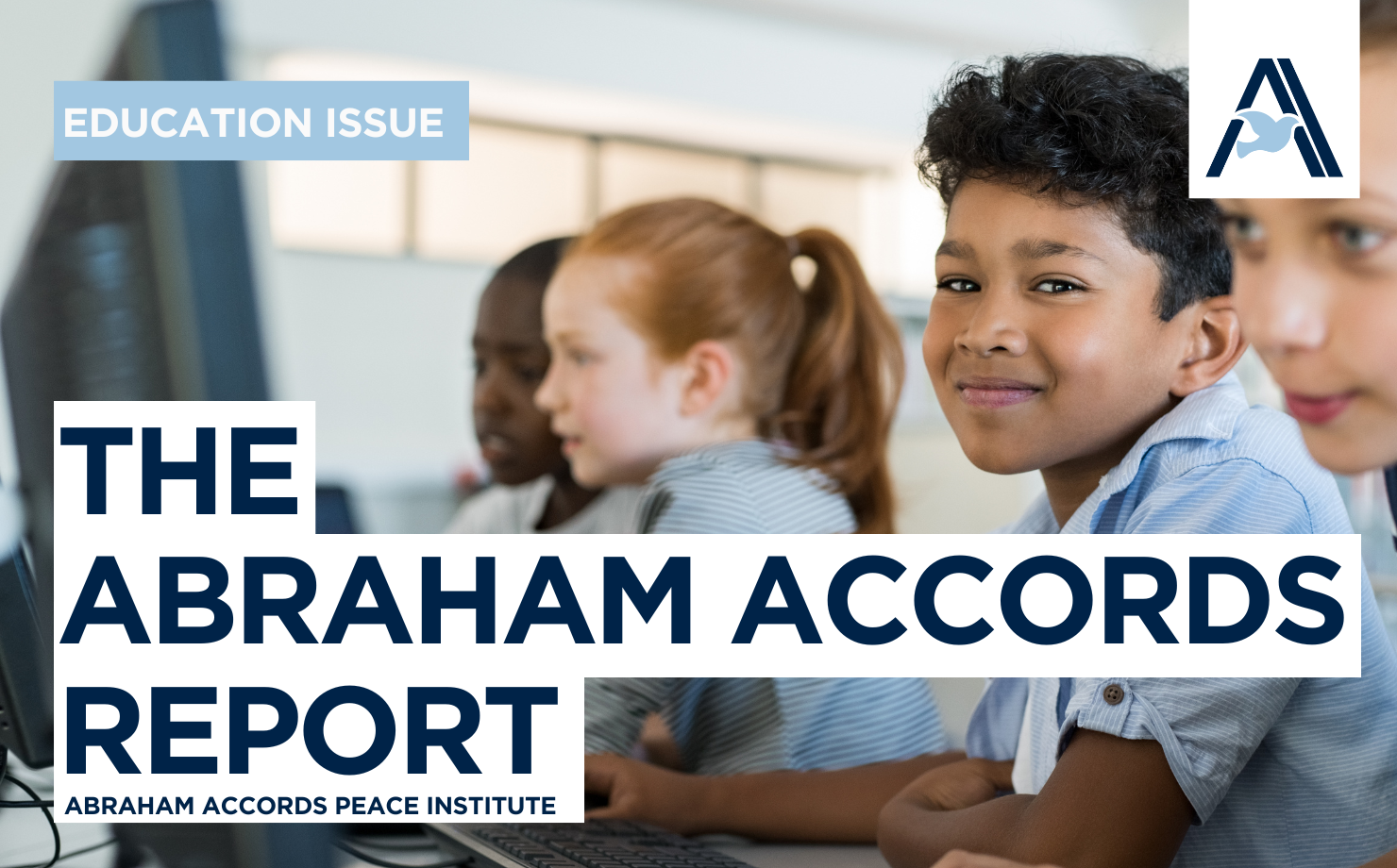 October 2022 was another busy month for the Abraham Accords. On the diplomatic front, Israel signed the contract for the construction of its new permanent Embassy in Bahrain, and plans for Morocco to host the “Negev 2 Summit” in Dakhla were made public. On the commercial front, Bahrain’s Minister of Industry and Commerce led a delegation to Israel and Israel signed agriculture deals with both Morocco and Bahrain. Events celebrating the Accords occurred in the United Kingdom and Italy among others, and conferences were held in the fields of education, agriculture, and healthcare. Additionally, performances and paratrooper jumps demonstrated the increasing depth of ties between Abraham Accords countries.

Below you can find a timeline of notable Abraham Accords-related events that occurred in the month of October 2022:

October 4-6, 2022: A US Congressional staff delegation from the Abraham Accords Caucus visited the Gulf, where they met with the UAE’s Minister of Tolerance and Coexistence, Minister of Climate Change & Environment, TRENDS Research and Advisory in Abu Dhabi, Bahrain’s Shura Council Secretariat General, and others.

October 9-16, 2022- Many Moroccan etrogs (citrons) made their way to Israel for this year's Sukkot holiday as a result of the increased trade ties between the countries brought about by the Abraham Accords.

October 10, 2022-The United Arab Emirates embassy to the United Kingdom hosted a reception to celebrate the second anniversary of the signing the Abraham Accords, with the participation of the embassies of Bahrain, Israel, and the United States of America. The ceremony was also attended by members of the House of Commons and Lords, and senior British government officials, diplomats and businessmen.

October 11, 2022- For the first time ever, the United Arab Emirates and Israel performed together at the Festival of Lights in Berlin.

October 12, 2022- In a demonstration of the bipartisan character of U.S. support for the Abraham Accords, the Biden Administration’s National Security Strategy included the following language: “We will seek to extend and deepen Israel’s growing ties to its neighbors and other Arab states, including through the Abraham Accords, while maintaining our ironclad commitment to its security.”

October 18, 2022- The Moroccan national institute of agronomy and Israel’s Volcani center of agricultural research agreed to enhance cooperation, and exchange experience and know-how in farming and agricultural research. The agreement was signed on the sidelines of the 1st international conference on food production technologies from the sea & desert, held from 18 to 20 October in Israel.

October 19, 2022-The agriculture ministers of Israel and Bahrain signed a first-of-its-kind agreement to boost bilateral cooperation in agriculture, livestock and food security. The agreement between the two Abraham Accords countries was part of the first international conference on food scarcity and climate technologies organized by Israel's Agriculture Ministry.

October 23, 2022- The two-year anniversary of the announcement that Sudan would join the Abraham Accords.

October 23, 2022- The president of the UN General Assembly appointed Israel and Morocco’s ambassadors to lead a decision on preventing and handling the next epidemic. This was the first time ever that Israel was appointed to lead an assembly resolution on behalf of the UN.

October 24, 2022- Israel’s Ambassador to the Kingdom of Bahrain signed the contract for the construction of Israel’s new permanent embassy in Manama.

October 24, 2022- The Chairman of Yad Vashem Holocaust Remembrance Center signed a cooperation agreement with the Minister of Education of Kosovo.

October 24, 2022- According to reports, Morocco will host the "Negev 2 Summit" in the desert city of Dakhla in January 2023, to be attended by the Foreign Ministers of the United States, Israel, Egypt, the United Arab Emirates, Jordan, Bahrain, and Morocco.

October 25, 2022- AAPI’s Executive Director Robert Greenway joined the Cleveland Council on World Affairs to discuss the progress and potential of the Abraham Accords.

October 26, 2022- BioSTL’s Agrifood Innovation Symposium brought together leaders of the Missouri and American food & beverage industries, agriculture, and scientific communities, with their counterparts in Israel and the UAE. The event, co-sponsored by the Abraham Accords Peace Institute, introduced cutting-edge innovations in agtech and aimed to catalyze new forms of cooperation between the three dynamic and fast-growing agrifood ecosystems

October 26, 2022- The Ambassadors of Bahrain and Israel to Italy participated in a panel discussion entitled “The Abraham Accords”, which was organized by the Center for American Studies in Rome as part of the thirteenth Diplomacy Festival.

October 27, 2022- As part of the growing momentum behind regional normalization that was set in to motion by the Abraham Accords, the chairman of Israel’s Bank Leumi spoke at Saudi Arabia’s flagship investment conference in Riyadh. Later in the week, Israeli Olympian triathlete Shachar Sagiv became the first Israeli to compete in Saudi Arabia.

October 27, 2022-A delegation of paratroopers from Israel took part in a jump over Bahrain alongside soldiers from Bahrain, the UAE and the United States to mark two years since the signing of the Abraham Accords.

October 27, 2022- For the first time, Israel Aerospace Industries (IAI), together with other Israeli defense companies, will exhibit at the prestigious Bahrain International Airshow, taking place November 9-11th. The Israeli delegation will be led by ISDEF. IAI announced that it will showcase a variety of its state-of-the-art aviation products, including civil aviation, radars and avionics, air defense systems, coastal guard and drone guard systems.

October 30, 2022- A Bahrain business delegation to Israel, organized by the Bahrain Economic Development Board and led by H.E. Minister of Industry and Commerce Zayed R. Alzayani, took part in a seminar in Tel Aviv on “Business Opportunities in Bahrain”, with the participation of Israeli business leaders, investors and entrepreneurs. An agreement between Israel and Bahrain’s Export Institutes was also signed. The previous day, Minister Alzayani met with Israel’s President Herzog.