AAPI and ISRAEL-IS To Cooperate on Building Ties Between Young Leaders from Israel, Morocco, the UAE and Bahrain 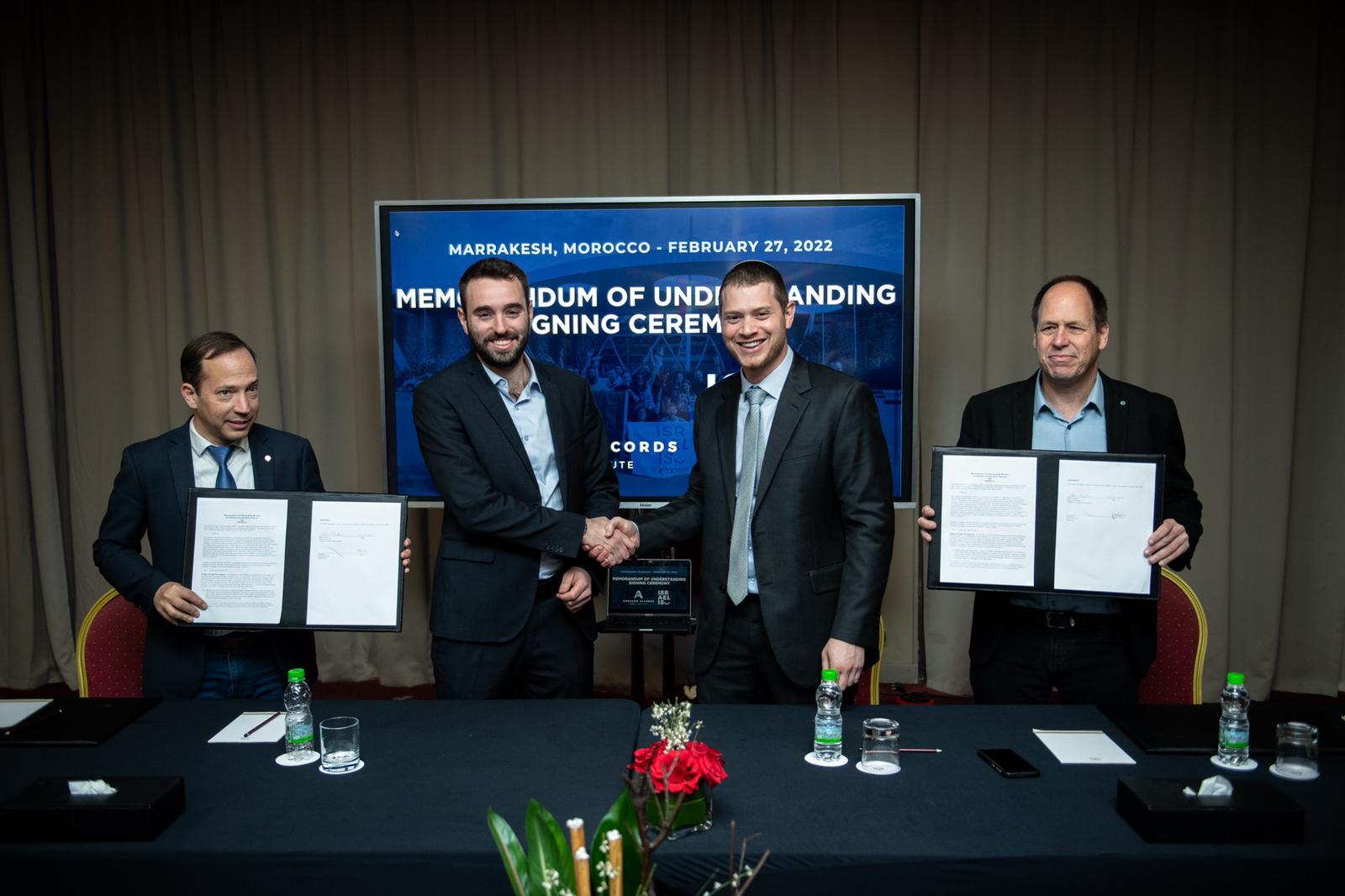 MARRAKESH, MOROCCO -  The Abraham Accords Peace Institute signed a Memorandum with the ISRAEL-is organization to cooperate on building vibrant ties between the next generation of leaders from Israel, Morocco, the UAE and Bahrain. The historic Abraham Accords peace and normalization agreements have created a unique opportunity to overcome misunderstandings and suspicions among Muslims, Jews and Christians in the region, and to develop new forms of cooperation in areas such as innovation and entrepreneurship, culture and sports, academia and the environment. Such meaningful encounters will lay the foundations for the continued stability and flourishing of the Abraham Accords far into the future.

The agreement was signed in Marrakech, Morocco, by AAPI Director for Israel Asher Fredman and ISRAEL-is Co-founder and CEO Eyal Biram, in the presence of youth leaders from Morocco and Israel participating in the ISRAEL-is ‘Leaders of Tomorrow’ summit. Within the framework of the MoU, the parties agreed to advance shared initiatives and exchanges between young leaders, influencers, entrepreneurs and students from the Middle East. They will work to bring regional delegations to Israel to meet Israeli Jews and Arabs in diverse fields such as politics, business, and culture, and to bring Israeli young leaders and prominent figures on delegations to the Arab world.

Robert Greenway, President and Executive Director of the Abraham Accords Peace Institute said, "The key to ensuring that the Abraham Accords continue to flourish for generations is through deepening people-to-people cooperation. The decades of political disconnect between Israel and the countries of the Middle East have led too often to misunderstandings, hostility and conflict. By working with ISRAEL-is on bringing together young leaders from across the region, we can ensure that the Abraham Accords are not just agreements on paper, but an ongoing paradigm for peace, cooperation and prosperity."

Eyal Biram, CEO of Israel-IS said, “In signing this memorandum, we recognize the strategic importance of advancing the Abraham Accords, not only on a diplomatic-political level but also on a civilian level. Since the announcement of the Accords, we have been working to promote peace between peoples. At ISRAEL-is, we believe in the power of people-to-people connections to dispel biases and forge greater understandings that bridge between nations. The memorandum reflects this core goal, and as such we are proud to partner with AAPI to advance this important mission.”

The Abraham Accords Peace Institute is a non-partisan, U.S. organization dedicated to supporting the implementation and expansion of the historic Abraham Accords peace agreements. The mission of the Institute is to strengthen the new bonds created through the Abraham Accords and ensure that these relationships achieve their fullest potential. The Institute is the primary platform for disseminating the progress made through the Accords, and for the development of new growth opportunities by convening and leveraging public and private sector entities for discussion, planning, and cooperation. Its focus is on deepening trade, investment, tourism and people-to-people ties among AA members, and on expanding the circle of countries which are part of the Accords.

ISRAEL-IS is an NGO which educates and trains young Israelis with the skillset and mindset to conduct meaningful encounters with their international peers. Its mission is to connect these young Israelis with millennials from around the world in order to converse with them about Israel, and to fight antisemitism. Since the announcement of the Abraham Accords in August 2020, ISRAEL-is has endeavored to forge meaningful connections cementing the peace through the "Leaders of Tomorrow" initiative. 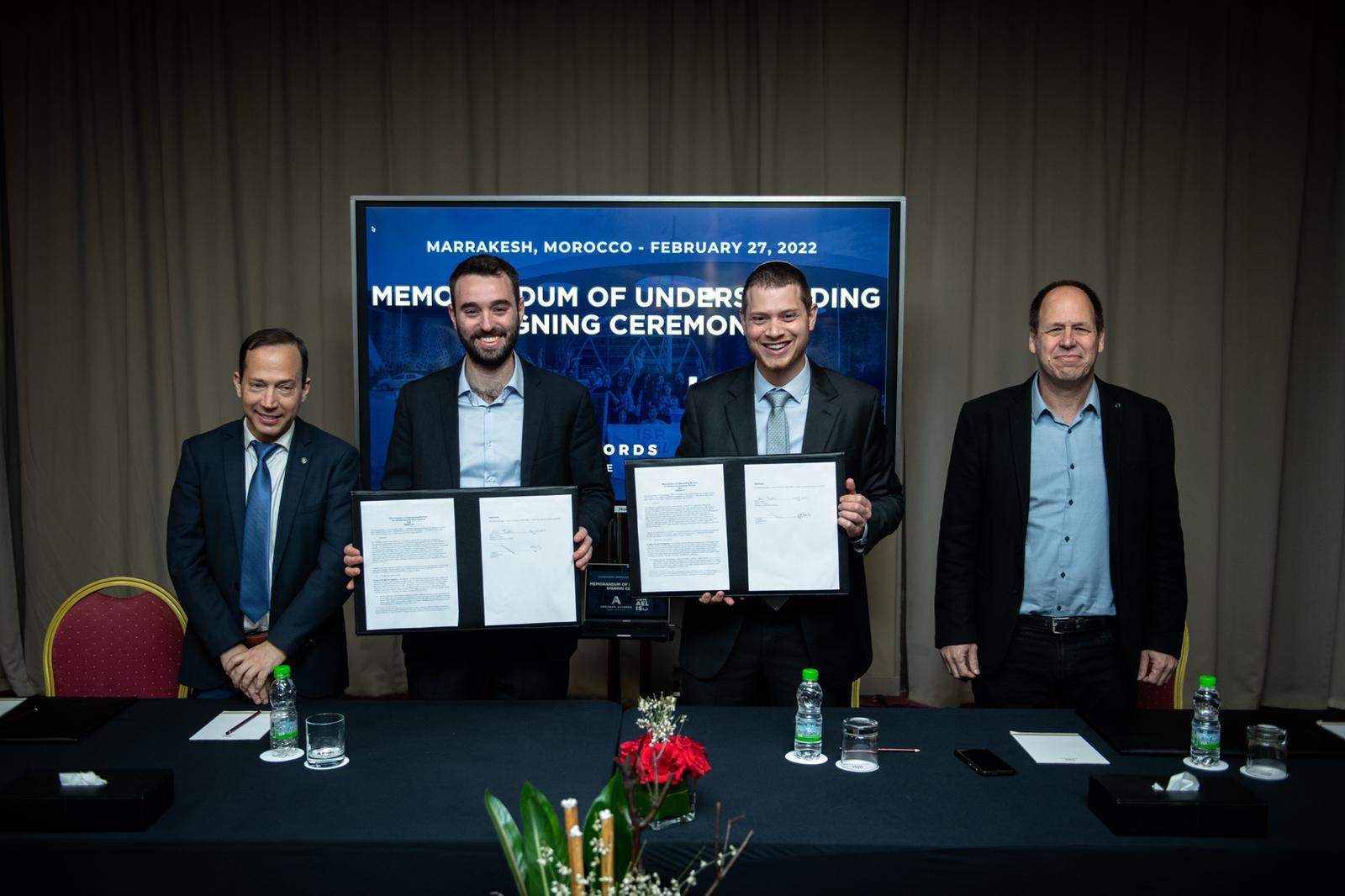 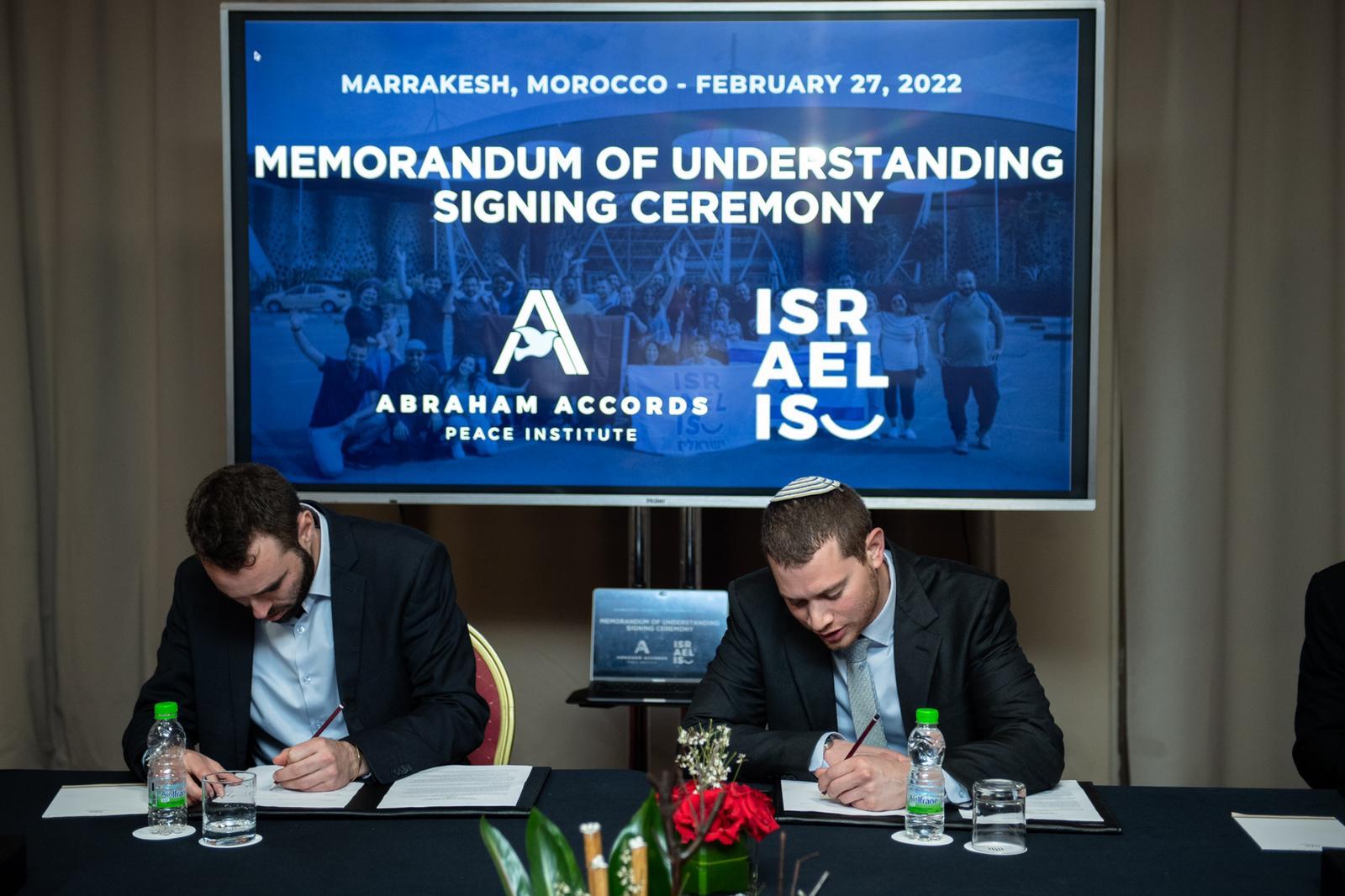